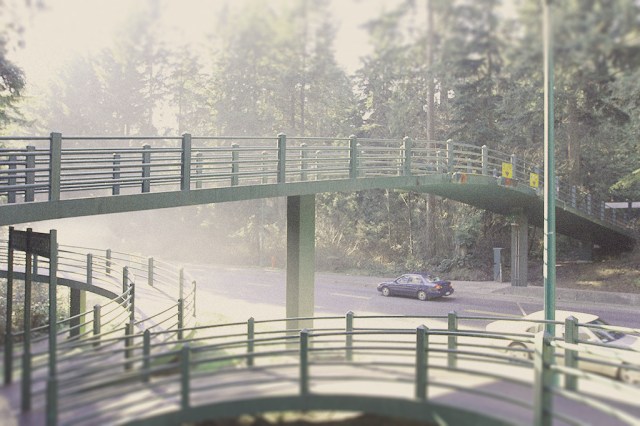 This text was originally presented at Homework II: Long Forms / Short Utopias in November 2013 on a panel organized by the Department of Unusual Certainties entitled, “Support Someone Else’s Revolution”. There are a couple of changes from that original presentation, but it remains unresolved.

I have to begin by saying that I don’t believe in revolution, at least in the ways that we’ve commonly come to understand it. The systems of oppression and instrumentalization are everywhere and contagious. There is no switch to flip, no one to kick out of office, no position to occupy, and no stable state to destabilize. There is no revolution. There is only a measure of distance between where we are and where we want to be. That measurement takes many forms. Sometimes it’s measurement as destruction of property. Sometimes it’s measurement as marching. Sometimes it’s measurement as self-immolition. Sometimes it’s measurement as civil war. Sometimes it’s measurement as shoplifting. The measurement of distance between where we are and where we want to be is simply shorthand for possibility. That possibility has the potential to create a space for affinities to coalesce and, in turn, to become misconstrued as a kind of indefinite support, or worse, a revolution. You see, a decision to smash this window here with you rather than that window over there cannot be ratified as support, or at least tacit support. It is rather the ability to see my own interests in the ends you appear to be trying to achieve. My support is contingent on this action being legible as a conduit through which I can enact my own politics. Support is quite selfish, though it attempts to masquerade as something much different. The idea of supporting someone else’s revolution is really a tidy way to draw out these contingencies as either a given or somehow an admission of my own failure towards the collective.

And yet, the idea of support, in general, does provide a useful frame to read the limits of the idea of revolution. In the idea of support, we can find a sense of benevolence by virtue of its ability to be asserted in discrete care objects. We can feed one another without committing to the revolution of ending starvation. We can house one another without committing to the revolution of ending homelessness. We can teach one another without committing to revolutionary pedagogy. Support removes us from the need to commit to a revolution, as support offers a trajectory towards some other thing and revolution signals an ending of one thing in light of a new thing. Support can span politics, capitalism, and revolution because it doesn’t require of itself to do anything outside of its action. It offers a glimpse of affinity without a whole-hearted conversion. I can support you in doing this one thing, while ignoring you when you’re doing this other thing. I can also make my values and politics more clear without fear of reprisal. I can support you wanting to getting a new apartment provided you don’t start manufacturing Methamphetamines out of it.

Support is inherently time-based and fleeting. Our recognition of these attributes provide us with the flexibility to mark beginning and end points for our own engagement. I can support you until the new year, but then you’re on your own. A revolution insists on a new beginning. A revolution doesn’t ask you to momentarily be on-side, it suggests that from here on out, there is a new side that everyone will be on, forever. The idea of a before and an after revolution would suggest that my commitment now exists in absence of my politics before. To address forms of support in a stable state, we might unfold everyday activities. We agree not to crash our cars into one another and in turn support a stable state. We decide to not burn down our own house so as not to accidentally burn down our neighbour’s houses and in turn support a stable state. We are complicit in failing to support someone else’s revolution by following the rules and guidelines that are requested by a stable state, and generally, we are well-served in this decision. In attempting to animate the possibility for someone else to dream up a revolution, we might offer particular interstices as projects. We could create heavily-curated gaps in our own ideas to try to elicit others to fill them. We could even try to generate interstices that could quickly become much larger gaps, and holes, and absences that might allow our original conceptions of interstices to be overruled. However, there is always someone who has the capacity to renegotiate that interstice on their terms. Someone who can pick up their toys and leave. Someone who can always lock the doors. Someone who can always cut funding. Someone who can always point to a contingency and note that their support ends by virtue of that contingency being breached. So, even when we pretend to be able to support someone else’s revolution, we are really only creating a veneer of support.

Until a revolution takes place, we have the luxury of contingent support. That I doubt the possibility of a revolution is not to suggest that I doubt revolutionary practice. Practices are also temporal, rather than discrete time objects. A revolution is a time object insofar as there is a moment at which the revolution has occurred and in the moment before it had not. Practices are across time. They are a system of unfolding time towards a particular direction, but never an end. There is no limit to the number of times a basketball player needs to practice his dribbling, free-throws, or passing. The practice is in the ongoing and infinite rehearsal. Techniques may shift, and the particular emphasis may change over time, but there is no arrival of a practice, there is only a continuance.

The idea of supporting someone else’s revolution might also impart that revolution is inherently toward a politic that we can support. Perhaps the details are forthcoming, but we could generally assume that there is value in a broad revolutionary idea. We have to wonder though about the revolution that we cannot support. If we truly cannot support it, then are we simply in opposition to the revolution or can we consider a way in which we might we make room for these politics to be exercised, or practiced?

Perhaps agonism creates a contingent support, or perhaps a meta support for the idea of support. It allows us to support this or that idea by virtue of this moment’s alignment with my own politics. It creates the capacity for us to generally think something should happen, even if we don’t want to take part directly. It allows us to believe in the gesture of support without lending our support to every cause we encounter. My support is towards the capacity to choose to support you, or not. My support is contingent.