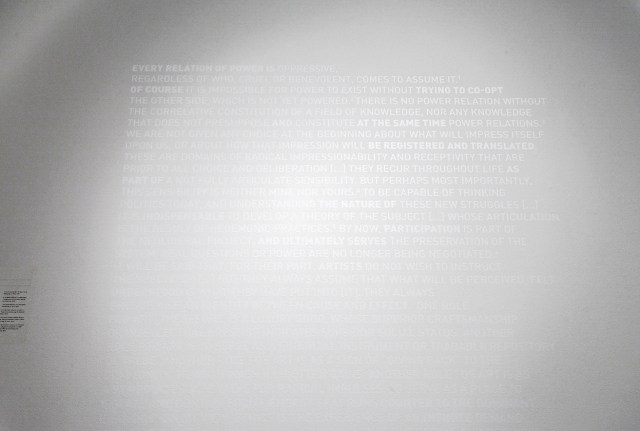 Glossed Over appears as a large-scale sampled text in white gloss finish vinyl that explores critical understandings and framings of the roles of power, participation, and ethics in relation to art and its institutional contingencies. Sentences drawn from a series of writers including Judith Butler, Jacques Ranciere, Chantal Mouffe, and Sol Lewitt, among others, are stitched together to create a winding statement on the embedded challenges in which contemporary gallery spaces (and the art contained within them) are necessarily implicated, while the emphases added to the texts creates a secondary entry point into the work. The text could be read as a caption, response, critique, or commentary on the context and potentially hidden frameworks of support, antagonism, or compromise within which the gallery space exists. The books from which these texts are drawn will be catalogued and available for reference at MOCCA.

This work appeared in the exhibition, TBD, curated by Su-Ying Lee.

The text read as follows: 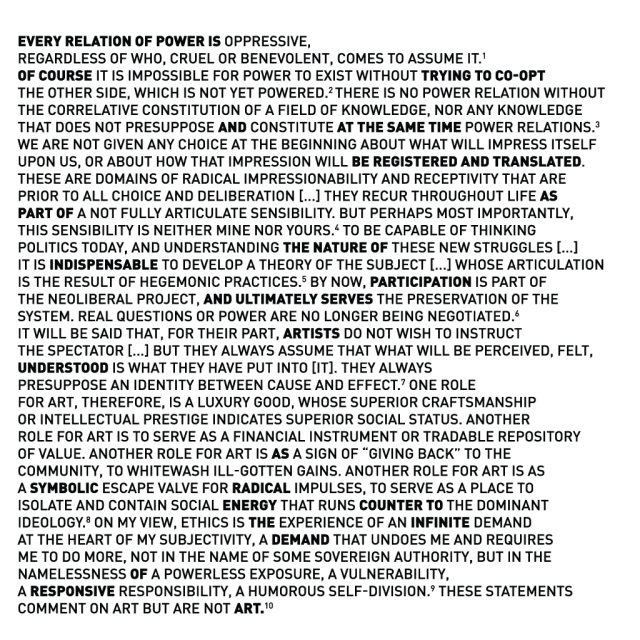